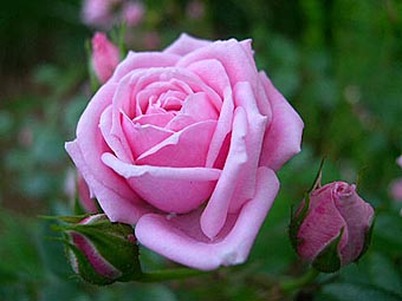 This rose was introduced by Ernest Williams of Dallas, who worked on the hybridization with Dave Lajoie. The rose was named after Dave's young daughter Jeanne.

Although classified as a miniature, this is a vigorous rose which can be used several different ways. It can be grown as a large shrub (4 x 5) or trained as a climber to 8 feet. I have also heard that is does well in hanging baskets. I am growing mine on a tripod which it easily covered in one year. Subsequent growth, however, has been slow and blooms have not been as profuse as I expected. The soft pink classically shaped roses appear in early spring and throughout the summer.

Back to Roses Menu